A doyen of Australian art and the painter famous for his Schoolgirl, Avonsleigh and Alice in Wonderland series of paintings.

Blackman was born in August 1928 in Sydney, left school at 13 and worked as an illustrator with the Sydney Sun newspaper. He attended night classes at East Sydney Technical College (1943-46) and though he was principally self-taught he was later awarded an honorary doctorate. Charles died on the 20th August 2018.

Now in the modern era, David* and I subscribe to the latest technology to bring out what I describe as ‘pigment intention’. This means that Charles ‘colour emotion’ is intact.

This describes Charles emotional content displayed in the best archival pigment available to match his colours. This used to take up to 40 different screens and was definitely a labour of love.

Fortunately David Sears is a master technician when it comes to modern printing and we can apply this modern archival print technology to Charles's greatest works.
The best 100% cotton rag archival paper is used in this process and Charles has proofed each work with me along the way.

What a joy it is to finally share these iconic works, here made available for public release for the first time."

*David Sears is a consummate traditional printmaker and has worked with some of the great artists of our time. 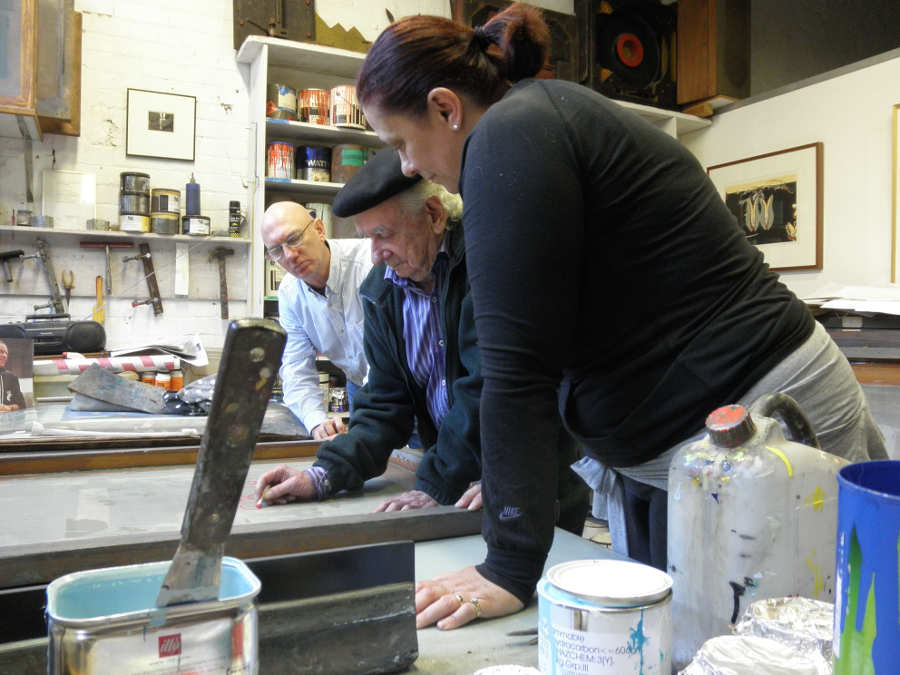 Charles came to notice following his move to Melbourne in the mid-1940s, where he became friends with Joy Hester, John Perceval and Laurence Hope as well as gaining the support of critic and art patron John Reed.

His work met huge critical acclaim through his early Schoolgirl and Alice series.

For some time while painting the Alice series, Blackman worked as a cook at a cafe run by art dealer Georges Mora and his wife, fellow artist Mirka Mora.

In 1959 he was a signatory to the Antipodean Manifesto, a group of Melbourne painters that also included Arthur Boyd, David Boyd, John Brack, Robert Dickerson, John Perceval, and Clifton Pugh. The manifesto’s adherents have been dubbed the Antipodeans Group. Their statement protested the dominance of abstract expressionism.

His work is associated with dreamlike images tinged with mystery and foreboding. 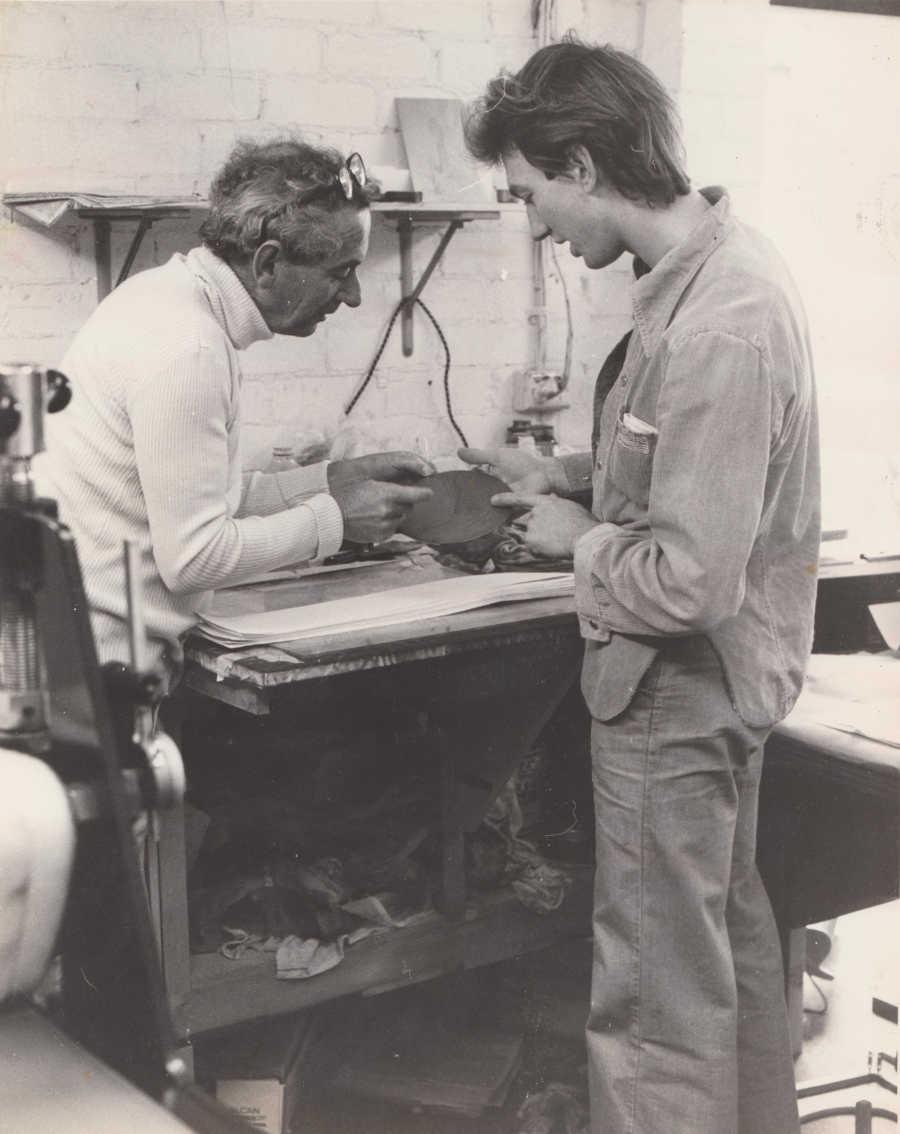 In 1960 he and his family lived in London after Blackman won an Helena Rubenstein travelling scholarship, settling in Sydney upon his return five and a half years later.

In 1970 he moved to Paris, when awarded the atelier studio in the CitÈ des Artes.

He lived there for a year at the same time as John Coburn, and returned often as Paris was an eternal source of inspiration.

He had six children, Auguste, Christabel, Barnaby, Beatrice, Felix and Axiom, most of them artists and musicians in their own right. 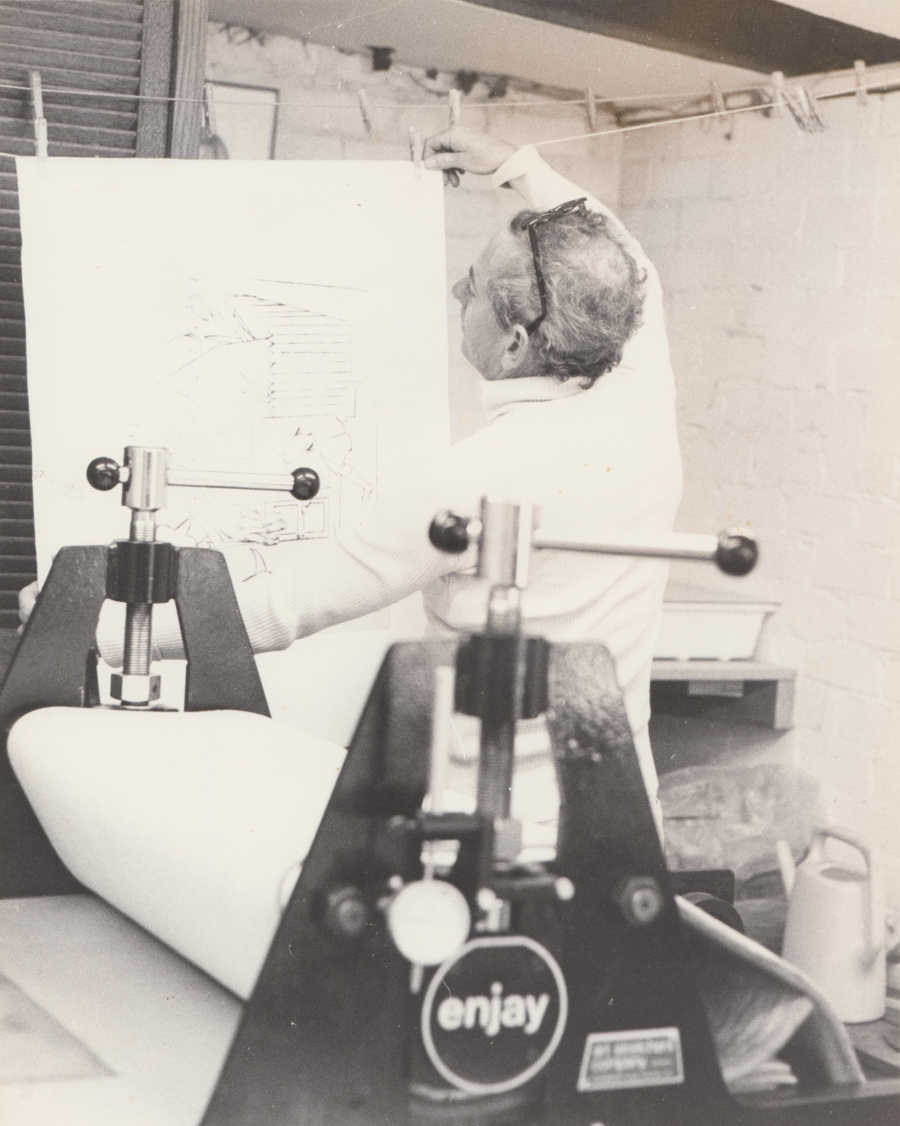