Nick Psomiadis is an Australian born creative artist who since his early childhood was considered by others as a perfectionist. From an early age Nick had begun to show an interest and an appreciation into the mechanical design of the 35mm camera. In 1986 he purchased his first SLR camera which was a brand new Russian made Zenit 12xp dubbed the “Russian Tank” weighing in at almost a kilo holding true to its name. “I remember the first pictures ever taken with that camera” says Nick and as the phrase goes "The Rest Is History.” Turning his passion into a profession and evolving into an international award winning photographer today Nick out of his home studio prints and frames his own photographs to a high standard bringing perfection into the end result.

Each hand signed limited edition print is produced by Nick in his studio where he maintains his perfectionist viewpoint from shot to finished print.

Nicks works are available printed on high quality photographic paper as well as canvas. Many of his of his works are on show at Print Decor framed and as canvas prints as well as unframed prints on a mount board and backing. You can order an unframed print directly from our web site or please call 03 9576 1566 or send an email to purchase a framed print.

The New York series is a collection of unique vantage points that were captured during Autumn of 2012. Destination New York was carefully planned to capture the city's iconic locations and buildings. Most days included 5am morning starts through to 10pm into the evenings and covered from Central Park all the way down to Brooklyn in a days work. Nick was fortunate to having completed photographing all his set out iconic locations just in time. Beginning preparations to return home it was announced on the 29th October 2012 that New York was shutting down in anticipation of “Hurrican Sandy” the same day Nick was destined to fly out. Remaining in New York 5 days after the storm Nick has never forgotten the havoc Sandy had left behind. From the flooding to the litter filled streets and the destruction of 650 trees in Central Park possibly capturing some of the trees destroyed that will never be seen again. 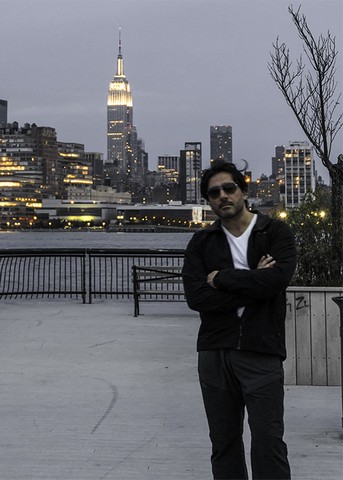 We discovered Nick's work on display at an artist's market. His shot of Flatiron Fifth Ave Clock (NY) stopped me in my tracks. The conversation that ensued gave me a glimpse of the pride and passion Nick takes in his work. We are delighted to have his works on display in our gallery in Malvern as well as having them available on our web site.

Other collections include, Melbourne, Seaside and Country Victoria, Iceland, Ireland and stay tuned...

Nick Psomiadis was born in 1968 Melbourne

Victoria, has lived and worked his entire life in this

great city of ours. Leaving school at the early age of

17 to commence a career in Fine Art Jewellery design

and creation where he served his 5 year

afterwards started his own practice and eventually

opening up a studio in Melbourne CBD where he

Photography began for Nick at the age of 17 once he

was able to afford his very own 35mm SLR film

camera. Both photography and creating jewellery

went hand in hand and creativity flourished for many

years. Getting married in 1999 and starting a family

its toll on the jewellery trade with business slowing

down dramatically. Now with a family and plans to

build a new home an opportunity had presented itself

change and found himself being trained in a new

as a telecommunications technician where work was

plentiful, with a growing economy and reassurance

the new home was built just as planned. Working

steadily for 7 years as a technician everything seemed

just right except that it wasn’t satisfying from a

creative aspect. In the summer 2011 Nick left the

comforts of a profitable contracting business and

made a major career changing decision to pursue his

early passions. This time the chosen field was with a

photographic camera where he is now focusing all his

time and energy in the art of photography.

“The journey has been amazing and time has allowed

me to fine tune the subject matter of interest. With

perfecting the art of long exposures this allows for a

complete submersion into the surroundings when on

location. Never has photography been so rewarding,

never has the moment been so captivating. By

allowing for the time required in capturing a long

control of me as I capture mother nature in

unfolding stages of time lapsed in a single

Nick takes great pride in his work and is involved

completely from start to finish. The entire process

from post-production to the delicate process of

giclee printing and the final stages of framing.